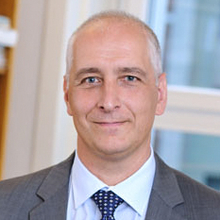 Department of Chemistry, University of Basel

Prof. Dr. Wolfgang Meier is full professor of physical chemistry at the University of Basel since 2003. He was Department chair from 2008-2011.

His further activities include:

Engineering, Production and Assembly of Multifunctional Fusion Proteins into Nanocells

Molecular Factories Based on Biomolecular-Polymer Assemblies